What is “Broadband” Now, Anyway? 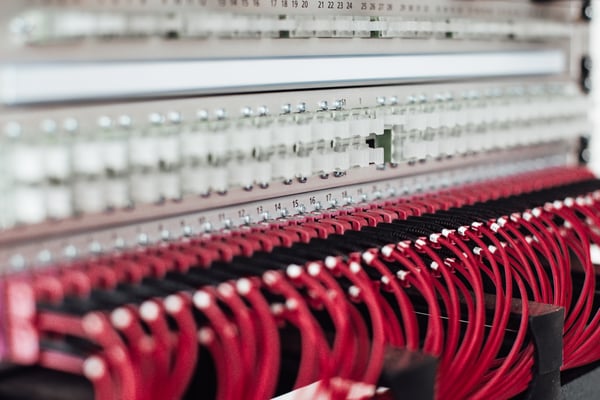 For those of us involved in some capacity in “the industry” – some who can remember as far back as wood-grain boxes that enabled users to watch twenty channels – we have confidently applied a name to the business: broadband. We could reasonably agree that the focus was on the “wide pipe” – the proverbial fire hose that could be used to deliver content of various kinds (entertainment programming, telecommunications services, and internet access) to consumers. Broadband was the bridge between content and hardware and, ultimately, the consumer. As time goes on, however, what is considered “broadband” seems to be moving past just a buzzword for a delivery system.

The early steps of this evolution were focused on content – providers consolidating programming assets to provide over the delivery system. Programming assets really became “must see TV” as “The Sopranos,” “Game of Thrones,” “Breaking Bad,” and a host of other original programming drove consumer purchasing. As the industry normalized the concept of on-demand, content providers continued to rise to the occasion – and to their competition.

Next, additional ancillary systems – from security systems to thermostats – became integrated, providing hints of what visionaries termed the “internet of things.” Creating smart homes was on-trend, and providers began to look for new and interesting products to entice customers and retain them. And so began the merging of content-supported hardware.

Recently, Comcast announced what could be the next step in broadening the definition of broadband. Using Walmart as a retail partner, Comcast will begin selling Smart TVs, enabled with Comcast software. With this step, it’s clear that Comcast intends to bring what is considered “broadband” yet one step closer to the end consumer.

What’s spurring this latest development? For Comcast, in an already crowded streaming marketplace, the move will give a boost to the Peacock streaming service. While current subscribers are familiar with Peacock as an added “throw in” service, Comcast clearly wants to grow the streaming service to new customers. By building it in to the hardware itself, they are attempting to leapfrog the competition, bypassing the need for boxes and plug-in hardware. As Peacock Premium includes ads (while many competitors offer ad-free service), Comcast needs any advantage it can gain.

By partnering with such a large traditional retailer, Comcast may be sidestepping powerful online-based competitors (like Amazon), and catering to streaming late adopters. This approach has the added bonus of allowing Comcast – once defined by the pipe connecting programmers to the consumer – to offer its programming/content outside of its traditional delivery footprint.

Will this be the next step in the evolution of broadband – a future where a provider will own production facilities to manufacture content, provide the infrastructure to deliver the content AND the equipment to serve up the content? Or perhaps this is just a response to the evolution of consumer tastes – another step further from “traditional” television to a streaming future. A Media and Communications industry veteran, Patrick Burgess leads the service delivery process for many of Pluris’ key clients, ensuring day-to-day success of their marketing strategies and programs. Patrick’s collaboration with the marketing teams of several Pluris clients has enabled them to achieve 30-to-50 percent gains in the productivity of their marketing initiatives, effectively utilizing Pluris’ Marketing Enablement and Offer Optimization solutions. With more than 15 years of extensive experience in marketing analytics, marketing metrics, reporting, market research, strategy, and project management, Patrick is able to engage clients at a very detailed level to improve their marketing operations and leverage new technologies and analytical techniques.