What Can Brands Learn from SocialTV? 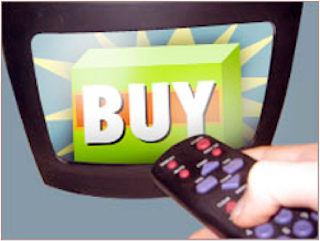 You have probably noticed hashtags during broadcasts, tweets streaming across the screen, second-screen applications where viewers can check in to watch a TV show together online and numerous other examples of the TV industry transforming itself into something more than a lean-back experience. The multi-billion dollar TV industry is fast undergoing a realignment from appointment television on the couch to a real-time, 24/7 entertainment anywhere business. So what can brands outside of the TV ecosystem learn from this?

There are many, here are a few:

The real-time web has opened up a swath of new rich, real time data sources that can inform marketing decisions and production cycles. TV networks can use this data to understand who is engaging with their programming right now, in which markets, using which platform, on what device- allowing programmers and executives to gain instant insights into how their product is performing. (see an example here ). Likewise this information can be used by brands to take an immediate and ongoing pulse of their consumers and inform offer optimization strategies. Launching a product? Why not analyze the (free, unfiltered) consumer feedback and compare across genders, markets and other internal data sets? That knowledge has implications across multiple departments and can not only be used to gain greater insights but, bonus, can be used as a ground for engaging consumers directly (loyalty!)

Consumers are 24/7/365: The smartest TV programmers aren’t just marketing during the window in which their program airs or even during the season in which it is rolling out fresh content. The best are engaging across multiple touch points around the clock and throughout the year while also offering value specifically generated for each touch point. From exclusive content generated for Facebook fans, to direct conversations on Twitter, to prizing on second screen apps to location based contests on mobile platforms, many of the TV networks are utilizing the traits of each channel to their advantage. (see an Trendrr.TV analysis on MTV for example) Likewise, brands need to be smarter about the new world we live in which the doors of retail for instance, are never closed and the touch point is even more crucial to building loyalty and engagement.

If I just watch using this app for another show, I can finally earn that burger:
Aside from learning from parallels in this industry, how is all of this relevant to a brand and where can they play today in this space? Consider Viggle, one of the upstarts in the “second screen” application space. It entered a market where Get Glue is rewarding viewers with stickers, and other outfits such as Miso and Intonow (which was acquired by Yahoo in 2011) which leverage technologies on the phone to identify what a viewer is watching and enhance the social aspects. While social is a powerful allure for users in this niche space, Viggle has shown tremendous trajectory of growth in just a few months because it takes the value proposition of socializing and adds a layer of real-world rewards. Using gamification and the promise of prizing such as gift cards to Burger King, iTunes and Sephora to movie tickets, the Viggle model not only provides brands with an opportunity to co-opt the loyalty experience viewers have with the platform and the programming, it has the potential to drive people in the door. Keeping in mind that only a fraction of users “earn” enough points to get the prize, the bigger win for a brand is the powerful desire for the prizing created in the consumers mind. Whether they say it consciously or not, there is a dialogue in the process for the consumer akin to “If I just watch using this app for another show, I can finally earn that burger”.

While I agree with the venerable Simon Dumenco of Age Age in his description of Viggle “the potential revolutionary aspect is that networks have a new and compelling show-sampling incentive program” there is also a genius brand play here to either be utilized or learned from. With billions spent in advertising and half-baked loyalty programs that were thought up 20 years ago, and with the growth and momentum of two screen behavior, brands now have an opportunity to quickly and easily leverage this budding industry to increase the effectiveness of a TV ad, a marketing message and a loyalty program.