Coffee Talk: The Truth Behind the (Social Media) Mask 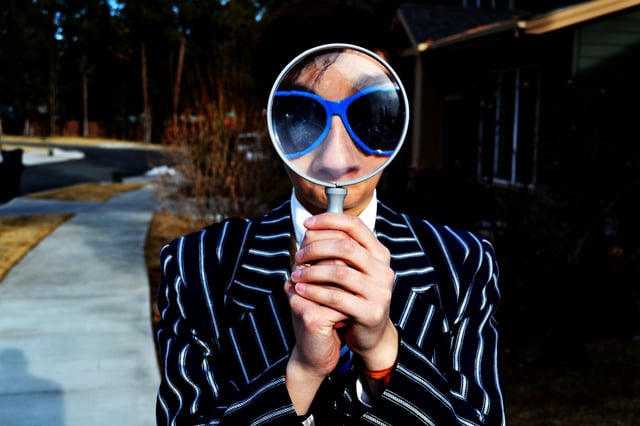 We’ve long known that social media is a deep data mine. It’s a space where (digitally speaking) communities gather, where people give of their personal information, and where companies can deepen their relationships with consumers through relevant content. That Facebook, our once favorite cat video- and baby photo-filled distraction from work, has become the central focus of election tampering signals a significant shift in our perception of social media as purely “social.” It is, in fact, a very powerful tool. Our CEO Michael Caccavale and I recently discussed this in more depth.

Does it surprise you that Facebook has been called to comment – and cooperate – on the recent election investigations?

No. Facebook and other social media platforms have created a new advertising paradigm and it’s clear now that that paradigm can be used – as well as abused – by people interested in swaying general opinion. Unlike ad platforms of yesteryear, social networks have no burden of proof on behalf of the publisher (e.g. the two confirmations of sources for a fact). So it’s a breeding ground for misinformation.

Even at the individual level, we see a lot of smoke and mirrors.

Exactly. For every selfie posted, there are at least a dozen that didn’t make the cut. Though social media seems trustworthy (hey, it’s purely social, right?), the reality is that individuals and brands allocate a lot of resources to putting their best foot forward in that space. But there’s a very low hurdle of truth to pass. And while people who understand media will get that, the problem is that the masses don’t.

This is where we see an opportunity for brands to establish rapport, to connect with their customers in timely and relevant ways, and to be actively listening to the marketplace. But for better or worse, this is where brands, organizations, and people also face the least amount of vetting and we’re seeing the underbelly of that highlighted in the election investigation.

What about the depth of data makes Facebook so appealing?

Really, it is just that: the depth of the data. It’s seeing and being exposed to so many things that are both social and news in nature. It’s a wide yet deep pool of interactions for any single person, entity, or company, etc. Because it has all that in one place, it makes it really valuable. And it can be used for both good and not-so-good, at a relatively low cost and precise target.

In one of the election investigation transcripts, people were like “wow, how’d they get that kind of rate on impressions?” The fact is that they were really targeted. And Facebook allowed that to happen because the capability is there. They have a tremendous amount of data coupled with tools to dig into very niche segments. That’s appealing to anyone looking to influence a population.

And that’s why in the last few elections, we’ve seen huge growth in social media use – not only from the campaign side, but among voters themselves. Canvassing is one thing; a social media movement is next-level.

Not much anymore. This first became evident when Facebook spun Messenger off into a separate app. That’s when it became obvious that privacy has more to do with interpersonal communications (like on Messenger) than with purchase, search, or location details (in our Facebook behavior).

Do you think the recent release of information about election tampering will put users on the defense when it comes to trusting the platforms?

The story is so pivoted around Russia, it’s not really focused on how the news is just not accurate. I don’t think it’s going to have an impact because generally speaking, people aren’t making the connection between “big” politics and their personal experience. Congress is not yet focused at that level. Take slander laws, for example – should they be changed? They’re not having that conversation yet. And let’s be honest, Russia probably isn’t the only one doing this.

So how is a self-policed social network going to ensure reliability?

Social media companies may have to just admit that they can’t. Admit they can’t vet every user. It’s similar to a Wiki model in that anyone can put something up, but it does need to be vetted. Social media actions right now are very reactionary – they’re hiring staff to do it, but they’re also crowdsourcing that feedback (since users can flag spam).

But there are some barriers to that. Think about how easy it is to like something – one click. It’s not so easy to flag spam. There are a few clicks involved to report something as spam. And the reporter isn’t always reliable, either. It’s a complicated problem to solve.

What does this mean for marketers? More clutter to cut through? More trust to earn?

Absolutely a lot more clutter to cut through. It’s harder to earn trust because you’re not playing on a level field. There are different outlets now – social media, news, etc. – and depending on the outlet you’re using, you have to be factual, or sometimes you don’t. And there’s no set mechanism by which people know the difference. That’s powerful.

In short, there’s confirmation bias for marketers to work through. So while at a surface level social media seems like a great place to engage with targeted audiences with timely, relevant messaging, it’s also pretty chaotic terms of separating fact from fiction. And marketers aren’t in the driver’s seat.