Sign of Apocalypse: Merchants Pay Good Money to Give Away Their Customer Loyalty 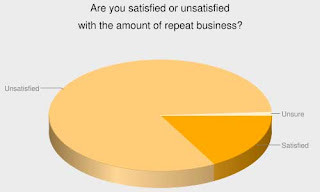 We all know over the last several years, a growing need for cutting corners – and coupons – has paved the way for sites like Groupon, LivingSocial and others to offer attractive discounts to consumers and – as their salespeople pitch it – equally attractive perks to participating businesses. It’s changed consumer behaviors, disrupted business models on the local level and it’s made a few people very wealthy.
We have also seen the promises of “exposure,” “new customers,” and “repeat business” act as lures powerful enough to get businesses bending over backwards and deep-discounting their goods and services to play by the deal aggregator’s terms. But in all the hoopla of “getting in the deal game” merchants surely have to wonder, who’s really building the loyalty with consumers in all of this?
Start with the facts. Deal sites benefit more from marketing themselves. Period. So their striking creative, cool site navigation and brand identity are overtly designed to trump the business that’s offering the deal. Now shift a minute to think about the contrast in how the business offering the deal is presented to the consumer. From vague email subject lines and syndicated copywriting to stock images and placing company contact information below the fold, the merchant is stripped of its marketplace differentiators and branding. Who cares about the brand? It’s the deal that matters!
Customers, on the other hand, are made to feel like the deals are offered uniquely for them, thanks to add-ons like Groupon Rewards, Cut the Line and the many segments of LivingSocial (escapes, families, adventures, gifts, etc.). And the frequency of the same kind of deal makes it easy to grab a discounted massage every four weeks, carpet cleaning in the spring and fall and doggie daycare just before any major holiday. Thanks so much, [deal site]!
But who was that lawn service/car wash/Thai restaurant? Who knows? Deal sites argue that the onus is on the business to establish loyalty at the transaction, when the coupon is redeemed. Fine print is included to urge customers to be fair – to note that gratuity isn’t included, that more than one laser hair removal/teeth whitening/spray tan treatment may be required to achieve desired results, that they can only use one coupon per visit. Regardless, consumers – increasing in number and frequency – are spending significant amounts of time sniffing out good deals to suit their needs du jour.
And when it comes to word of mouth, who do customers credit for these incredible value propositions? Despite the deep discounting and sacrifices made by merchants, it’s the deal sites that are building loyalty and driving repeat business.
Maybe that’s why a recent survey found 82% of Groupon merchants are unsatisfied with the amount of repeat business they received from a promotion they did. Regardless, loyalty should be with the merchant, not the pseudo-call center email blast company that is able to distribute the daily deals to a large audience of potential consumers. Only in this manner can daily deals work for merchants – converting new customers acquired through the daily deals model into repeat customers. Otherwise, the daily deal acquisition program can likely be marked as a failure for the merchants who deployed it.
If Groupon et al. really want to benefit the merchants that actually drive their core revenue and profitability, they should consider programs where customers who have bought deals from merchants can access new deals from the same merchants, but at considerably better terms to the merchants, as well as further incentives for going back to merchants from whom the deal site has derived repeat revenue. I would submit that the first company that provides similar access to consumers but also has a business model developed to help, rather than hurt merchants will gain a significant competitive advantage in sourcing and, more importantly, keeping merchants in their deal network.