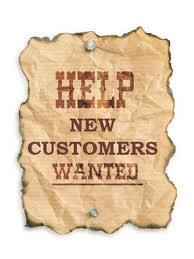 A shiver went down my spine this morning as I read the post “Facebook to Credit Newbies, Buy $1 get $4 free” on AllFacebook.com. Apparently, developers claim that Credits haven’t been reeling in enough paying users, so Facebook has come up with this promotion in an attempt to expand its base.

My thoughts immediately turned to the businesses of cable and wireless. You know, the model where all the best deals go to NEW customers? This is due to the massive competition of for lucrative monthly revenue streams of new subscribers. And what happens when an existing subscriber calls in and asks for the same deal? You know the answer, not much. In reality, all that actually occurs is that subscribers are “trained” to follow these deals, and go to a new promotion from a different company when the current one ends.
It’s called churn and mobile and cable companies fight it with loyalty and even more so, with new customer acquisition ploys. Because signing up new people will generate more revenues than a business will lose from those who don’t bite on the smaller retention deals they offer, it makes sense for them to incentivize new subscribers.
But Facebook, the world’s social media juggernaut and hub of developer innovation, borrowing a page from the playbook of such traditional businesses? Now that is a head scratcher. Does it mean that Facebook is seeing serious competition from Apple or Android platforms for developer eyeballs? Is it indicative of some bigger problem within Facebook’s massive walled garden? Or did they do a similar calculation as the cable and mobile carriers- that essentially, the path to growth is had through devoting resources to attracting new developers? Or could it be something as simple as handing off a problem to an old school, or unoriginal marketer?
It is the first time that I can recall Facebook borrowing marketing techniques from traditional, slow growth businesses. In the past, acquisitions tactics were considered a clear indication of a sort of “last gasp” desperation of a former behemoth. While it reminds me loosely of NetZero (who?!) sponsoring the NBA on TNT and MySpace launching TV commercials to stop its massive declines and reach new people—there are some stark differences. Facebook for one, continues its growth and position as a digital power house.
It’s still too early to tell if this, like other promotions it has run of this kind, will work. But let’s hope for the sake of all those hard working developers who invested significantly and are seeing underwhelming results, that Facebook addresses the core issue preventing fast organic growth of this business sector while it tries to lure new users with 4 for 1 deals.
As we have seen by enabling marketing programs for acquisitions and loyalty, sometimes paying attention to how you reward existing consumers is a better path to long term growth and sustainability than ignoring existing issues and thinking you can deep-discount your way out of it.