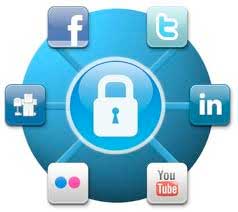 According to a post in the September 23rd issue of the Financial Times, Facebook is partnering with a “controversial” data company called Datalogix that can “track whether people who see ads on the social networking site end up buying those products in stores.” Of course, this announcement has raised concerns with privacy advocates who have continually been concerned about marrying online profiles and presence with offline data since the purchase of Abacus (a Datalogix competitor) by Doubleclick (an online ad-serving company later bought by Google) in the late 90s.
Datalogix (and similar companies) compile their data from the major retailers and catalogers in the US, who voluntarily provide all of the customer purchase history, typically down to the Stock Keeping Unit (to include size, color, etc) in return for being able to rent modeled names of likely good prospects, and in the case of Datalogix, being able to use that data for behavioral targeting and retargeting.

Included in this data is the Personally Identifiable Information (PII) of consumers, including name, address, phone number and in many cases, email address. In this manner, Datalogix has compiled purchase information on over 70 million US households.

Essentially, for a set of marketers, Facebook is sending over the Facebook IDs and sign up email addresses of people who have seen a particular ad. Datalogix is then matching that email address to its compiled database by email address, to determine if that individual actually bought the product featured in the ad.

Datalogix also appears to create some sort of holdout sample or control group of people who did not see the ad. Now, Datalogix can report on the increase of purchases of that product in the group that has seen the ad and those that haven’t, providing an extremely rough measure of the effectiveness of seeing that ad on the social network.

To Facebook and the marketers who advertise there, the consumers will remain anonymous. Datalogix is not, as far as we can tell, doing anything other than analyzing data and reporting results.

Is this an invasion of privacy? Certainly, but it may be legal depending on the TOS. Facebook is, after all providing Facebook user IDs and email addresses to a third party firm, but was there consent given long ago when people signed up? I'll leave that to the legal experts.

Is it a bigger invasion of privacy than the actual retailers sending detailed purchase data to third party firms without end user consent? Certainly not, but that practice has been in place for decades, and is considered standard operating procedure. Is it a dangerous invasion of privacy? On the surface, no, as consumer data is kept anonymous both from Facebook and the marketers themselves.

What is lost beneath the surface here is that this partnership makes Datalogix that much more powerful, as it is being paid to attach Facebook user IDs to its already vast proprietary database of purchase information. While we are sure that Facebook has instituted all kinds of contractual controls over how or even if Datalogix can use that data, we are coming ever closer to the day when all data about everyone who uses the internet or shops in stores (hmmm, everyone?) is fully connected together.

Facebook’s very revenue model is under attack, as this recently published article in Barron’s points out. Facebook is therefore making aggressive changes to its marketing toolkit in an effort to drive even more advertising revenue. To be effective for their advertisers, Facebook must continually expose more and more data about their users, and cross over that line of privacy in new and innovative ways. This partnership with Datalogix is fairly innocuous on the surface, but it is just another indication that if Facebook is to survive and thrive, they must do so by exposing their users to brand marketers.